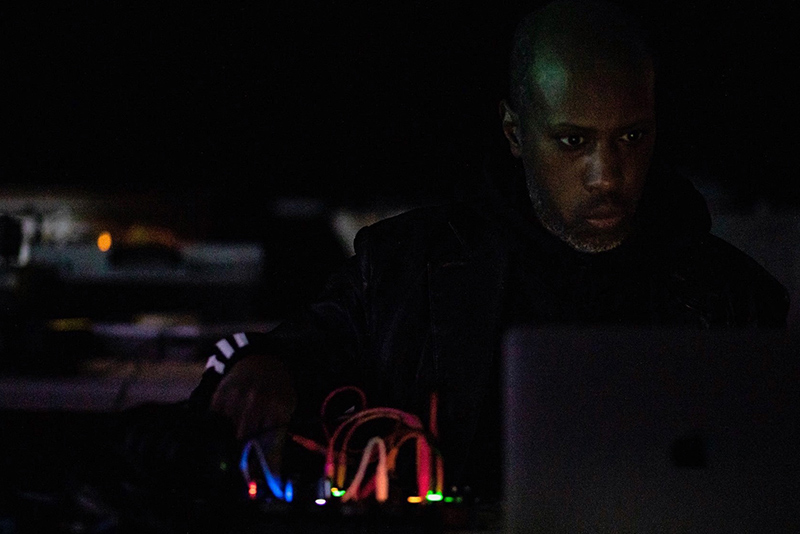 Norman W. Long will present a live version of his piece "Neighborhood Listening Garden," a stereo sound work and native plant garden he installed at the Jeffery Manor Public Library’s Reading Garden in the South Deering area of Chicago. For this performance he will perform and improvise with recordings of the Buchla 100 and 200e synthesizers he made at EMS in Stockholm, Sweden, and of local neighborhoods and parks in South Deering. The garden and composition provide a space for reflection, an alternate mapping of the southeast side of Chicago, inquiry (what does a black/brown community sound like?), ecological restoration and resilience in the face of community disinvestment.

Norman W. Long’s practice involves walking, listening, improvising, performing, recording and composing to create environments and situations in which he and the audience are engaged in dialogues about memory space, value, silence and the invisible.  Norman finds inspiration in the Creative Music and electric imaginations of The Art Ensemble of Chicago, Sun Ra, Pauline Oliveros, Phuture, Herbie Hancock’s Mwandishi, Hildegard Westercamp and King Tubby. Norman Long has performed and exhibited at the Hyde Park Art Center, Experimental Sound Studio, Kavi Gupta Gallery, Links Hall, Elastic, Chicago Humanities Festival, Chicago Cultural Center and 2017 PRIZM Art Fair (Miami). He performs with Angel Bat Dawid and the Brothahood, and has performed with Damon Locks, On the Corner, Cher Jey, Sara Zalek, Cristal Sabbagh, Dan Bitney and Todd Carter. He has received a 3Arts Award for Visual Art in 2011, a 3Arts Djerassi Artists Residency Fellowship in 2014, a BOLT Artist in Residence at the Chicago Artists Coalition in 2014-2015, a 3Arts Fellowship for AS220 in Providence, RI, and guest composer at EMS (Elektronmusikstudion), Stockholm, Sweden made possible in part by the City of Chicago’s DCASE grant.