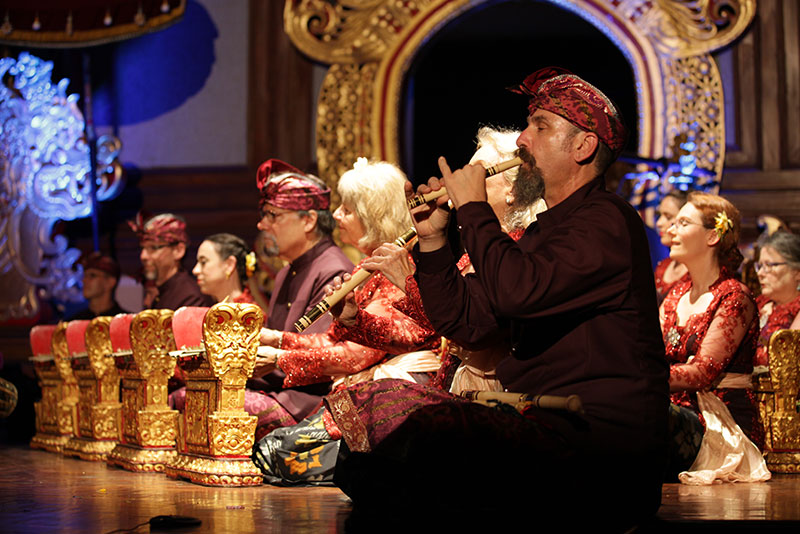 Delve deeper into the fascinating world of Balinese music and dance with internationally acclaimed Gamelan Sekar Jaya Guest Directors I Wayan Dibia and I Wayan Suweca at this afternoon event combining interactive lecture-demonstrations and riveting performance.

Gamelan Sekar Jaya’s Angklung and Jegog Tingklik ensembles will accompany dancers in traditional Balinese forms including tari topeng, or masked dance. The Gender Wayang ensemble will also play, giving the audience yet another view of the dazzling diversity of the Balinese arts.

About the Guest Directors 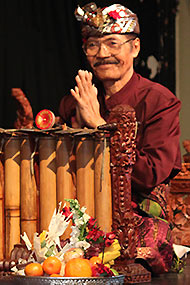 I Wayan Suweca (Fall 2019 Guest Music Director) is a revered senior master of Balinese gamelan, known for his powerful drumming style, subtle intricacy on gamelan gender wayang, and tremendous charisma as both a performer and a teacher. He served as senior faculty in the Music Department of ISI, Denpasar for more than 25 years before retiring in 2013. His teaching experience extends to villages and cities all over the island of Bali, and abroad to many universities, including Queensland University, Australia; Universite de Montreal, Canada; Yale University, CT; Brown University, RI; University of Wisconsin, Madison; University of California, (Santa Cruz, Los Angeles, & Berkeley); SF State University; California State University, Sonoma; and the University of Pittsburgh.

His work in the field has won him grants and fellowships from the following sources: J.D. Rockefeller the 3rd Fund, Asia Foundation, Brown University, and the Universite de Montreal. Additionally, Mr. Suweca has featured as performer, soloist, and/or composer on 35 commercial audio releases produced by the Bali Stereo, Aneka, and Maharani Recording Companies. 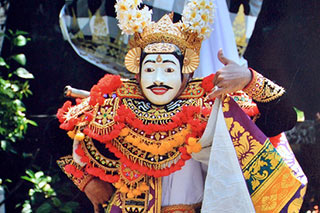 Among Bali’s most influential choreographers and dance scholars, Guest Dance Director I Wayan Dibia was born in the Central Balinese village of Singapadu, where he was raised and trained in a family of artists. Since 1970, Dibia has created innovative new works for contemporary audiences through experimentation with traditional elements of Balinese performing arts.

His formal education includes degrees from the prestigious Conservatory of Balinese Performing Arts (Kokar) and Indonesia Dance Academy (ASTI) Denpasar, as well as a PhD in Southeast Asian Performing Arts from the University of California, Los Angeles (UCLA). Dibia joined the faculty of dance at the Indonesia Dance Academy in Denpasar in 1974. In 1982, he received a grant from the Asian Cultural Council in New York to pursue an MA in dance at UCLA. His PhD, also at UCLA, was supported by a 1987 Fulbright Hays award.

Dibia has written a number of books and articles, both in English and Bahasa Indonesia. As a performing artist he has toured to Asia, Europe, Australia, and the United States of America. From 1997 to 2002 he served as the Director of STSI Denpasar. While still teaching at STSI (now ISI Denpasar), Dibia has also opened a house for performing arts creativity, GEOKS, in his home village of Singapadu. From fall 2005 through spring 2007, he was a visiting fellow of Balinese performing arts at the College of Holy Cross, Massachusetts. In 2011, he was invited as a consultant to the exhibition entitled “Bali Dances for The Gods” at the Horniman Museum in London.

About the Gamelan Ensembles

Gamelan Sekar Jaya (GSJ) is a 60-member company of musicians and dancers based in the San Francisco Bay Area. Founded in 1979, the company specializes in the performing arts of Bali. GSJ has been called "the finest Balinese gamelan outside of Indonesia" by Indonesia’s Tempo Magazine, and the group has performed in venues ranging from New York’s Symphony Space to LA’s Hollywood Bowl to remote village squares in Bali. GSJ fosters artistic exchange between Bali and the United States through residencies, workshops, performances, and the creation of innovative new works for music and dance.

Gamelan Angklung is an orchestra of about 18 musicians that utilizes only four (or rarely five) tones on single-octave instruments, tuned to the slendro scale; but manage a richly varied repertoire within that narrow tonal field. The sound is unusually sweet and—to Balinese ears—melancholy. Music of the gamelan angklung plays a special role in the Bali-Hindu religion, where it traditionally accompanies temple ceremonies and cremation rituals.

Gamelan Gender Wayang is a quartet of 10-keyed metallophones with bamboo resonators. It is the smallest ensemble in Bali, tuned to a pentatonic slendro tuning system. As in all types of Balinese gamelan, gender wayang are tuned in pairs so that they create a wavelike vibrato. The gender wayang ensemble is played in wayang kulit (shadow puppet) performances, where it accompanies the shadow puppet master, and for rites of passage such as cremations and tooth-filing ceremonies. 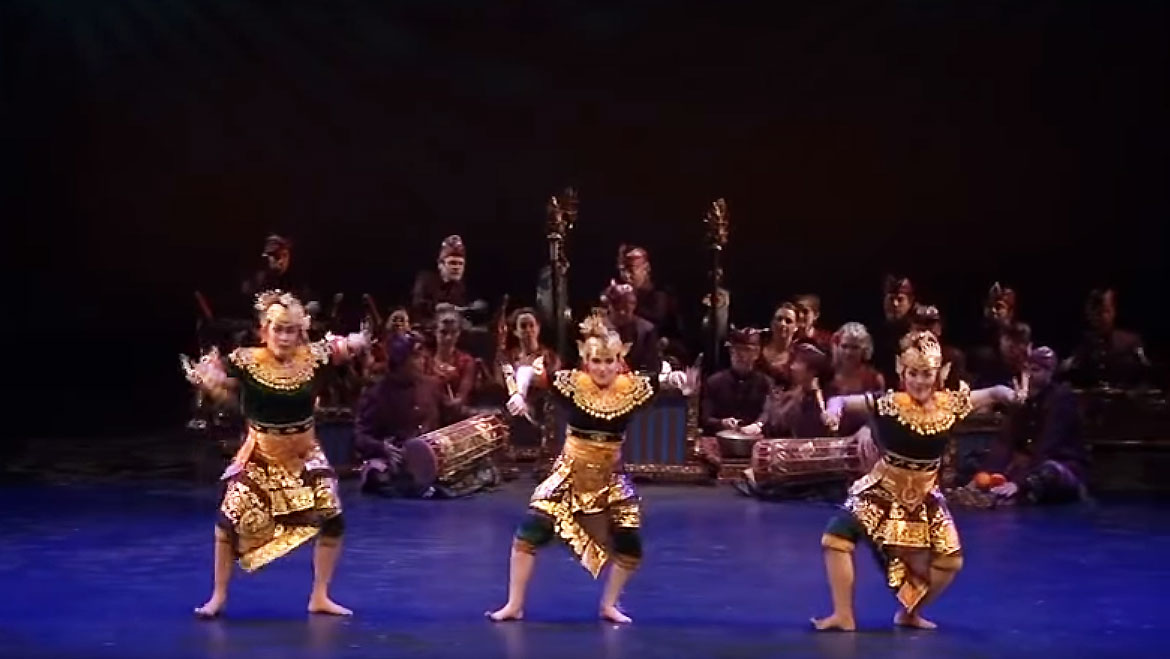