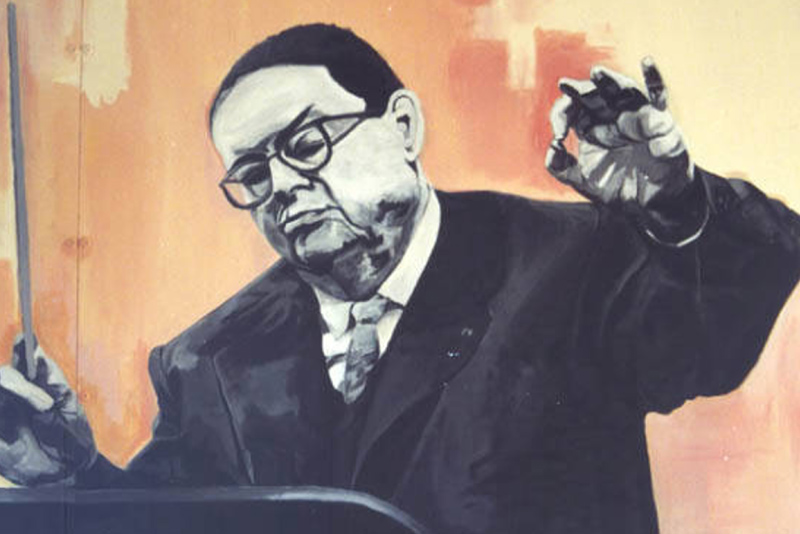 This is a free event. Donations are accepted.

Sonatine for Violin and Cello, 1953

The Song of Black Max (as told by the de Kooning boys),

American soprano Melissa Givens moves and excites audiences and critics alike with a rich, powerful tone, crystalline clarity, and intelligent musical interpretations. Especially noted for her expressiveness and elegance on the stage, she’s been hailed as a singer whose music making is “consistently rewarding” and “a pleasure to hear.” Givens is also an extremely versatile artist, regularly performing repertoire from the Baroque era through music of the 21st century.

An Assistant Professor at Pomona College, Givens remains in demand on concert series throughout the United States and abroad, and counts Grammy© winning Conspirare: A Company of Voices as a frequent collaborator. Her solo appearances on their major label releases have received enthusiastic reviews. She can also be heard on her solo CD, let the rain kiss you.

A versatile performer of music spanning five centuries, Grammy® nominated Genevieve Feiwen Lee has thrilled audiences on the piano, harpsichord, toy piano, keyboard, and electronics. She enjoys finding music that challenges her to go outside of her comfort zone to sing, speak, act, and play new instruments. She has given solo recitals at Merkin Concert Hall, NY, and the Salle Gaveau in Paris. Since her first concerto engagement at age twelve, she has appeared with the São Paulo State Symphony Orchestra, Brazil; the Vrazta State Philharmonic, Bulgaria, and The Orchestra of Northern New York. Her concerts in China appeared on Hunan State Television, and her performance from the Spiegelzaal at the Concertgebouw in Amsterdam was broadcast on live radio.

Ms. Lee has premiered and commissioned numerous works, and she can be heard on the Innova, Albany and Reference labels. She was nominated in the Best Chamber Music Performance category at the 58th Grammy® Awards for the recording of Tom Flaherty’s Airdancing. In the Los Angeles area, Ms. Lee has been a guest performer with the Los Angeles Philharmonic Chamber Music series at Disney Hall, Southwest Chamber Music, Jacaranda, Piano Spheres and the Hear Now New Music Festival. She is a founding member of the Mojave Trio and was a member of the Garth Newel Piano Quartet when they performed in Carnegie Hall. Ms. Lee received her degrees from the Peabody Institute, École Normale de Musique de Paris, and the Yale School of Music. She is the Everett S. Olive Professor of Music at Pomona College, California, where she teaches piano, chamber music, aural skills and theory.

An uncommonly versatile musician, cellist Maggie Parkins is equally at home in chamber music, orchestral music and the avant-garde, and has performed throughout the Americas and Europe.

Her work ranges from chamber concerts to multimedia, multi-genre collaborations. A robust advocate for new and experimental music, Parkins with the Eclipse String Quartet and Brightwork new music ensemble has commissioned or premiered numerous works from composers. Eclipse has had residencies at Mills College in Oakland and the Villa Aurora in Los Angeles.

Parkins is also a member of the Los Angeles based Mojave Piano and the Duo The Smudges. Her interest in music outside the classical tradition has led her to perform with groups including the Jazz Passengers, Billy Childs and the Anthony Braxton Ensemble.

Parkins has performed under the batons of Seiji Ozawa, Leonard Bernstein, Simon Rattle and Andre Previn. Her orchestral experience also includes the Brooklyn Philharmonic, the Syracuse Symphony, the Los Angeles Master Chorale, the Riverside Symphony and the Santa Barbara Chamber Orchestra. Parkins has recorded extensively and can be heard on the Bridge, Albany, Tzadik, Avan and Victo labels.

As a member of the Angeles Quartet, Parkins won a Grammy Award for Best Chamber Music Performance for the complete recordings of the Haydn String Quartets.

Sara had a memorable experience performing at a unique concert featuring Arabic music with musicians from different cultures in the United Emirates at the Sharjah Biennial. In Los Angeles, Parkins is currently principal second violinist of the Pasadena Symphony.

Ms. Parkins is a graduate of The Juilliard Pre-College, attended the Curtis Institute of Music and has a Masters Degree from Stonybrook University in New York.

Sarah Thornblade is a violinist dedicated to chamber music and the love of making music with others. She is the associate principal second violin of the LA Chamber orchestra and a member of the Eclipse Quartet, an ensemble dedicated to performing 20th century and contemporary music. The quartet is the recent recipient of an Aaron Copland Fund recording grant and has recorded works by composers such as Zeena Parkins, Morton Feldman, Frederic Rzewski, James Tenney and most recently Matthew Sargent for Tzadik, New World, Cold Blue and Bridge recording labels.

Sarah is a former member of the Denali Quartet and a former founding member of the Arianna String Quartet, which has been a grand prize winner at the Fischoff National, Coleman and Carmel chamber music competitions. She has also performed with Camerata Pacifica, Jacaranda Music and Auros Group for New Music (Boston). Sarah has performed throughout the country and abroad at festivals including the Tanglewood and Spoleto music festivals; the Look & Listen and Oregon Bach festivals; and the Norfolk, Steamboat Springs, Banff and Portland chamber music festivals. She has collaborated with artists such as Gilbert Kalish, Jeffery Kahane, William Winant , Beck, Andres Cardenes, Caetano Veloso, Randall Hodgkinson and Warren Jones.

Sarah is on the faculty of Pomona College and is also an active recording musician for film and television. She holds degrees from Indiana University and Northern Illinois University and studied with Miriam Fried, Mathias Tacke and Shmuel Ashkenasi.