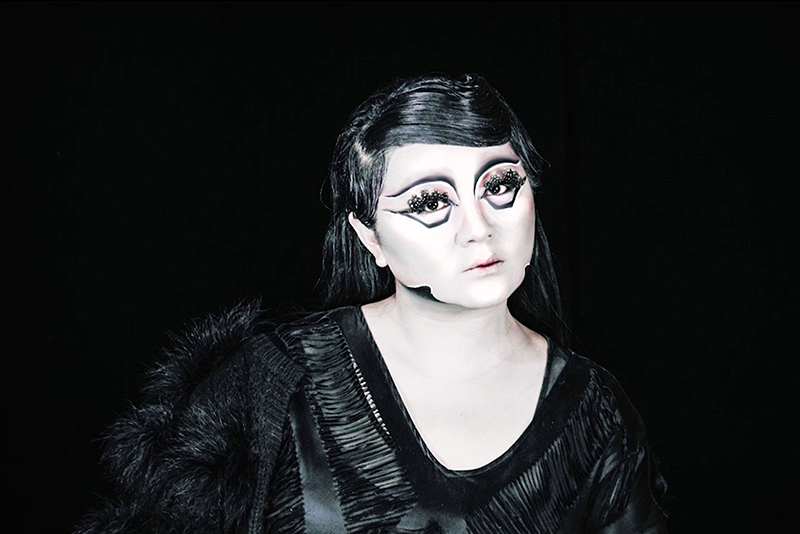 “At first glance, the one predictable thing about Du Yun, the Pulitzer Prize-winning composer, performer, and multimedia artist, is her unpredictability. Dig deeper, though, and you can sense the conjoined strands of curiosity and compassion that run through everything she makes.” Steve Smith, The New Yorker

Pulitzer Prize-winner Du Yun, born and raised in Shanghai and currently based in New York City, is a composer, multi-instrumentalist, performance artist, activist, and curator for new music, working at the intersection of orchestral, opera, chamber music, theatre,  cabaret, musical, oral tradition, public performances, sound installation, electronics, visual arts, and noise. Hailed by The New York Times as a “leading figure in China’s new generation of composers” and often cited as a key activist in New York’s “new movement in new music,” Du Yun’s music is championed by some of today’s finest performing artists, ensembles, orchestras, and organizations around the world.

Describing her as “protean” and “chameleonic,” NPR voted Du Yun one of 100 composers under 40 in 2011 and The Washington Post named her one of the top 35 female composers in classical music. She is known for her “relentless originality and unflinching social conscience (The New Yorker). In 2017, she won the Pulitzer Prize in Music for her opera, Angel’s Bone, with libretto by Royce Vavrek. She is a 2018 Guggenheim Fellow, and the same year was named one of the 38 Great Immigrants by the Carnegie Foundation. Her work Air Glow, is a 2019 GRAMMY nomination in the category of Best Classical Contemporary Composition.

Du Yun is currently on the composition faculty at the Peabody Institute of the John Hopkins University and distinguished visiting professor at the Shanghai Conservatory of Music. She was a founding member of the International Contemporary Ensemble (ICE), served as the Artistic Director of MATA from 2014-2018, conceived the Pan Asia Sounding Festival, and founder of the FutureTradition Initiative in China.