Graphic Selves: Stories of Identity in the Asian Diaspora 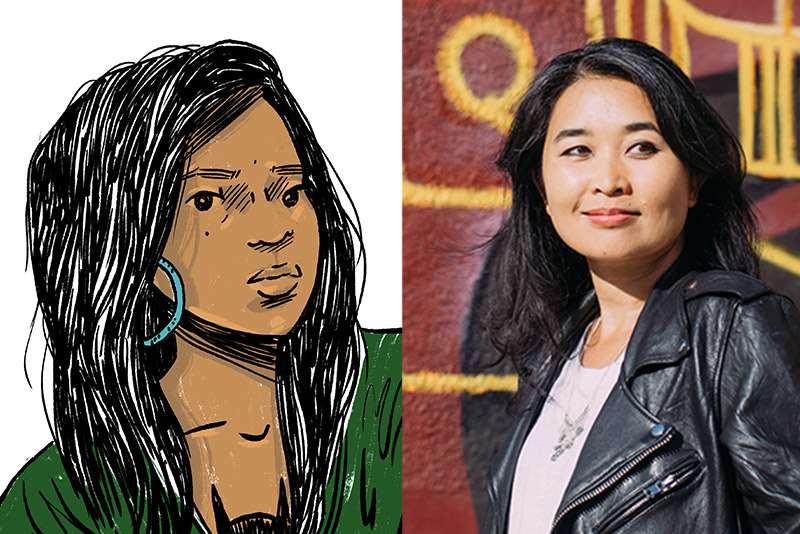 Presented by We Are The Voices

Join graphic novelists Thi Bui and Trinidad Escobar as they read from and discuss their works with Professor Ajuan Mance.

Thi Bui was born in Vietnam and came to the United States in 1978 as part of the "boat people" wave of refugees fleeing Southeast Asia at the end of the Vietnam War. Her debut graphic memoir, The Best We Could Do (Abrams ComicArts, 2017) has been selected for an American Book Award, a Common Book for UCLA and other colleges and universities, an all-city read by Seattle and San Francisco public libraries. https://www.thibui.com/

Ajuan Maria Mance is an American visual artist, author, editor, and a Professor of English and Member of Digital Humanities Working Group at Mills. Mance grew up in a large family on Long Island. Her parents were both educators. She holds a B.A. from Brown University and an M.A. and Ph.D. from the University of Michigan. Ajuan Mance was an Assistant Professor of English at the University of Oregon from 1995 to 1999. She then joined Mills College faculty in 1999 as an Assistant Professor of English and in 2005 became an Associate Professor of English and the Wert Chair in American Literature. In 2008, she was appointed the Aurelia Henry Reinhardt Chair in American Literature. Mance may be best known as the creator of the portrait series 1001 Black Men, a project which took her six years to complete. She is the creator of a number of zine including Gender Studies, The Little Book of Big, Black Bears, and A Blues for Black Santa. She also is an author and editor of scholarly books.

We are the Voices is generously support by the Andrew W Mellon Foundation.