Black to the Future 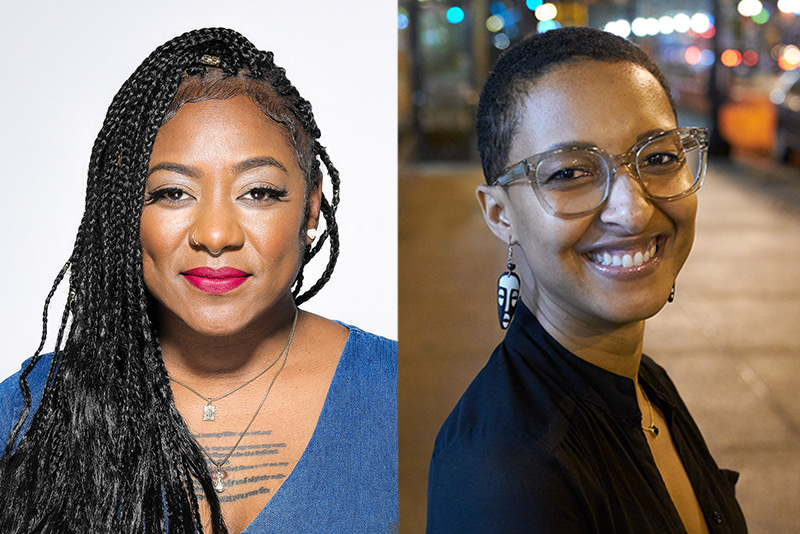 Presented by We Are The Voices, with the Mills College Ethnic Studies; Women's, Gender & Sexuality Studies; and the Black Student Collective.

We Are the Voices We've Been Waiting For is pleased to welcome Alicia Garza and Brandi Thompson Summers to Mills College for a discussion on race, space, and power in Oakland, a city undergoing rapid and deep transformations. Garza’s current project, Black Futures Lab, aims to change the way power operates in our cities across the nation, and Summers’ first book, Black in Place, looks at D.C.’s transformation into a “post-Chocolate” city, a lens through which she is currently examining representations and experiences of space, place, and landscape in Oakland across historical contexts.

An innovator, strategist, organizer, and cheeseburger enthusiast, Alicia Garza is the co-creator of #BlackLivesMatter--which works to end state violence and oppression against Black people--and the Black Lives Matter Global Network, an international organizing project with 40 chapters in 4 countries.

Garza serves as the Strategy & Partnerships Director for the National Domestic Workers Alliance, the nation’s premier voice for millions of domestic workers in the United States. She is also the co-founder of Supermajority, a new home for women’s activism. She shares her thoughts on the women transforming power in Marie Claire magazine every month. Her forthcoming book is tentatively titled How to Turn a Hashtag Into a Movement, and she warns you -- hashtags don’t start movements. People do.

An assistant professor of Geography and Global Metropolitan Studies at the University of California, Berkeley, Brandi Thompson Summers engages theoretical themes that cut across multiple domains of social life, and she builds on insights from cultural and urban geography, urban sociology, African American studies, and media studies by examining the cultural, political, and economic dynamics by which race and space are reimagined and reordered.

Her first book, Black in Place: The Spatial Aesthetics of Race in a Post-Chocolate City (UNC Press), demonstrates the way that competing notions of blackness structure efforts to raise capital and develop land in the gentrifying city of Washington, D.C. Her current book project, tentatively titled Routes of Race, Resistance, and the Geographies of Belonging in Oakland, California, is an interdisciplinary study that examines representations and experiences of space, place, and landscape in Oakland across historical contexts.

She has published several articles and essays that analyze the relationship between race, power, aesthetics, and urbanization that appear in both academic and popular publications, including the International Journal of Urban and Regional Research (IJURR), ASAP/Journal, QED, Public Books, and The Funambulist.

Made possible by the generous support of the Andrew W. Mellon Foundation.