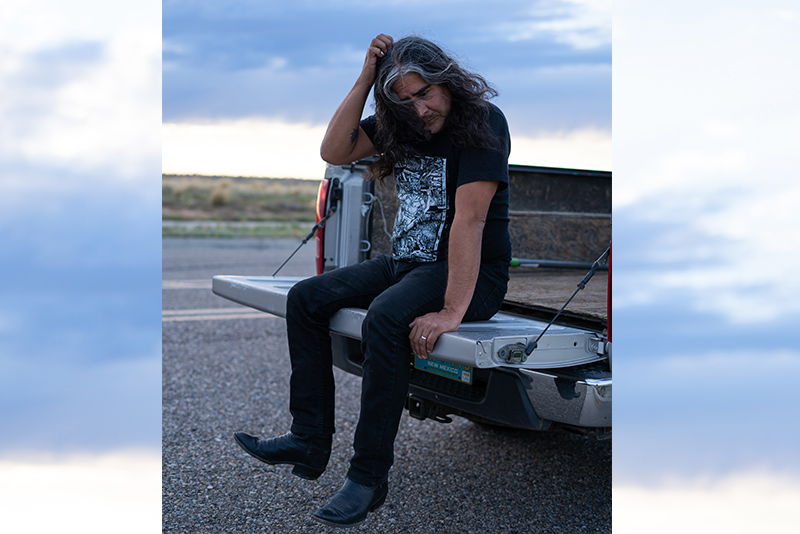 This event is free and open to the public.

Round, for many performers and turntable (2007)

A recording artist over the span of 22 years, Chacon has appeared on more than eighty releases on various national and international labels. His 2020 Manifest Destiny opera Sweet Land, co-composed with Du Yun, received critical acclaim from The LA Times, The New York Times, and The New Yorker, and was named 2021 Opera of the Year by the Music Critics Association of North America.

Since 2004, he has mentored over 300 high school Native composers in the writing of new string quartets for the Native American Composer Apprenticeship Project (NACAP). Chacon is the recipient of the United States Artists fellowship, The Creative Capital award in Visual Arts, The Native Arts and Cultures Foundation artist fellowship, the American Academy’s Berlin Prize for Music Composition, the Bemis Center’s Ree Kaneko Award, the Pulitzer Prize in Music, and and the Pew Center for Arts & Heritage Fellowship-in-Residence.

Jean Macduff Vaux (Class of 1933) was a Mills alumna who went on to earn a secondary teaching credential at the University of California at Berkeley. She lived a life of community service. During World War II, for example, she was a civilian volunteer with the 3rd Fighter Command and worked with the Red Cross. She was an active supporter of Mills' Alumnae Association and served as the National Branch Chair, over-seeing thirty-four branches in the 1950s. Jean and her husband Henry Vaux were founding members of the Cyrus and Susan Mills Society.

The Vaux family has established The Jean Macduff Vaux Composer-in-Residence Fund at Mills in Jean's memory. The endowed fund is used by the Music Department to invite distinguished composers to teach at Mills in residencies which culminate with concerts of their works.