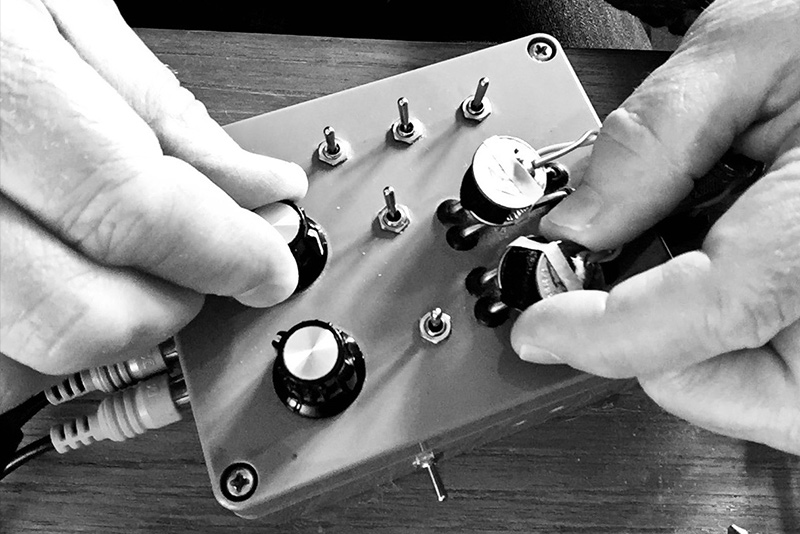 This online event is free and open to the public.
Registration is required. Concert link will be shared on the day of the event.

John Bischoff is a master composer/performer who explores boundaries and exchanges between analog and digital sound in real-time. The subtle interchange between these two realms is a form of musical alchemy, much in the tradition of the legendary composer/performer David Tudor. Bischoff’s circuit/laptop configurations create musical forms both spontaneously and algorithmically: a computer analyzes improvised analog sounds and creates musical structures based upon pre-conceived algorithms. He aptly describes this process as a “hybrid method that falls between traditional composition (invention ahead of time) and free improvisation (invention in the moment).” The conceptual basis underlying his music is rich; and the musical forms he creates are invariably elegant and coherent. That Bischoff creates his compositions live in performance attest to his artistic mastery. He is without doubt a leading composer/performer in the field of electronic music.
- David Bernstein, Professor of Music, Music Department Chair

Bischoff will present two solos that use the imperfect tones and sub-audio clicks of analog circuits to drive an array of digital synthesis elements. He will also be joined by electronics wizards, James Fei and Tim Perkis, in a new trio configuration. Inspired by the legendary League of Automatic Music Composers—Bischoff and Perkis were original members of the group—the trio spins parallel threads of electronic sound triggered by individual action, machine interjection, and event patterning culled from the instantaneous data flowing between their systems. 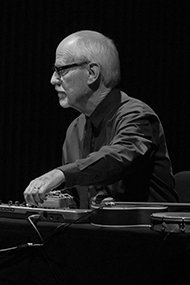 John Bischoff (b. 1949, San Francisco) is an early pioneer of live computer music. He is known for his solo constructions in real-time synthesis as well as his development of computer network music. Bischoff studied composition with Robert Moran, James Tenney, and Robert Ashley. He has been active in the experimental music scene in the Bay Area for over 40 years as a composer, performer, and teacher. His performances around the US include NEW MUSIC AMERICA festivals, Roulette and Experimental Intermedia in New York, and the Lampo Series in Chicago. He has performed in Europe at the Festival d'Automne in Paris, Akademie der Künste in Berlin, STEIM in Amsterdam, and Fylkingen in Stockholm. He is a founding member of the League of Automatic Music Composers, the world's first computer network band, and co-authored an article on the League's music that appeared in "Foundations of Computer Music" (MIT Press 1985). He is also an original member of The Hub, a band he has performed and recorded with for over 3 decades.  In 1999 he was awarded an Artist Grant from the Foundation for Contemporary Arts in New York. He is also a recipient of an Alpert Award/Ucross Residency Fellowship. Recordings of his work are available on Artifact Recordings, Lovely Music, Tzadik, 23Five, Centaur, and New World Records. As a member of the Hub, he was awarded a GigaHertz Prize for lifetime achievement in Electronic Music in 2018 by ZKM in Karlsruhe, Germany. He recently retired from his faculty position at Mills, an institution with which he has had a long and fruitful association.
www.johnbischoff.com 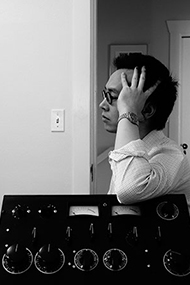 James Fei (b. Taipei, Taiwan) moved to the US in 1992 to study electrical engineering but lost his way in music, becoming a composer, saxophonist and live electronic musician. Works by Fei have been performed by the BBC Scottish Symphony Orchestra, Orchestra of the S.E.M. Ensemble, Bang on a Can All-Stars, MATA Micro Orchestra and Noord-Hollands Philharmonisch Orkest. Recordings can be found on Leo Records, Improvised Music from Japan, CRI, Krabbesholm and Organized Sound. Compositions for Fei's own ensemble of four alto saxophones focus on physical processes of saliva, fatigue, reeds crippled by cuts and the threshold of audible sound production, while his sound installations and performance on live electronics often focus on electronic and acoustic feedback. Fei received the Grants for Artists Award from the Foundation for Contemporary Arts in 2014 and he is president of Anthony Braxton's Tri-Centric Foundation. Fei has taught at Mills College in Oakland since 2006, where he is Professor of Electronic Arts and heads the Art and Technology Program.
www.jamesfei.com 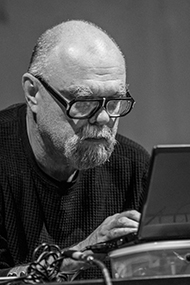 Tim Perkis (b. 1951) is a researcher, engineer, musician and filmmaker, who has been working primarily in the field of digital sound for decades. As a musician, he is a founder of The Hub, a pioneering group in the field of computer network music, as well as a internationally-known performer of improvised music, having worked with many of the leading figures in the field in North America, Europe and Japan. He has taught at the California Institute of the Arts (CalArts) and the California College of the Arts (CCA) and has been resident artist/researcher at Mills College in Oakland California, Xerox Corporation's Palo Alto Research Center, Paul Allen's legendary thinktank, Interval Research, and at the Mediterranean Institute of Advanced Research (IMÃ©RA) of the University of Aix-Marseille in France. As an engineer he has designed tools, toys and software for a variety of corporate clients, including Mattel, Sony, and Sennheiser, and consulted with the San Francisco Airport and Art Commission as an expert on technology-based art. He is also producer and director of a feature-length documentary on musicians and sound artists in the San Francisco Bay area called NOISY PEOPLE (2007),and a 2015 podcast series, also called NOISY PEOPLE. His music is available on over a dozen labels, including Tzadik(USA), New World (USA), EMANEM(UK), Artifact(USA) and Leo(UK).
www.perkis.com 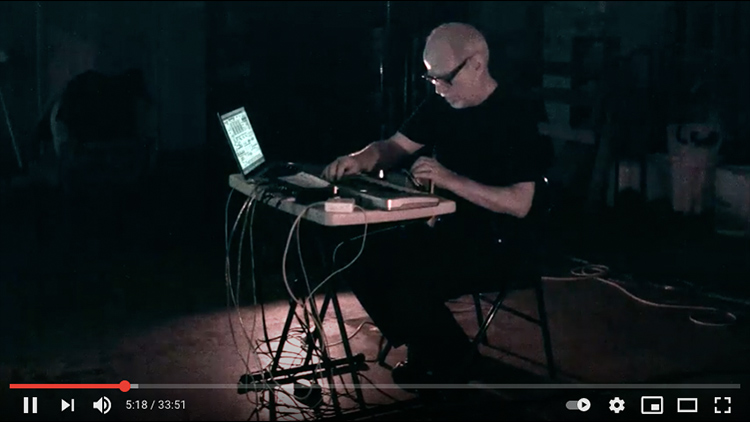