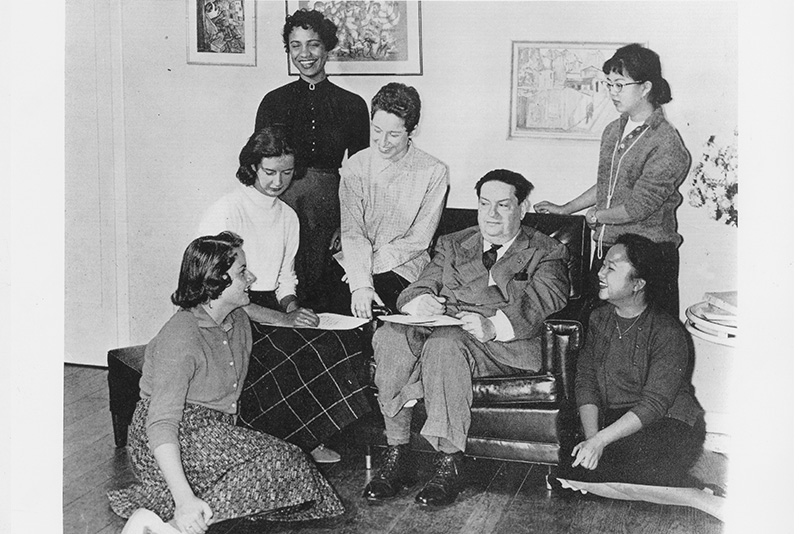 This event is FREE and open to the public.

The Concert will be hosted IN-PERSON and via LIVE STREAM.

Masks are required of all guests, regardless of COVID-19 vaccination status. 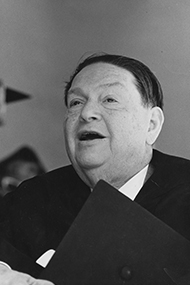 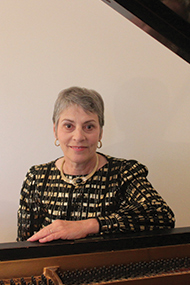 Belle Bulwinkle is known as a performer on both early and modern pianos. The San Francisco Chronicle has described her as “terrific technically as well as expressively.  One seldom hears so much finesse…” She has performed on the fortepiano in concerts at Davies Symphony Hall, UC Santa Cruz, Cornell University, Santa Rosa Symphony Summer Festival, the Hausmusik series, Old First Concerts, Cascade Head (OR) Music Festival, Musicsources and Mills College. On the modern piano, she has given the first US performances of works by international composers Jack Body, Marcello Panni, Anthony Payne and Makiko Nishikaze. Lou Harrison dedicated his Concerto for Piano and Javanese Gamelan to her. She played the world premiere of this work at Mills College and a second performance at the Cabrillo Festival. She has taught music history and theory at Mills and at the California College of Arts. Ms. Bulwinkle is an alumna of Mills College. She retired from the performance faculty at Mills College in 2020. 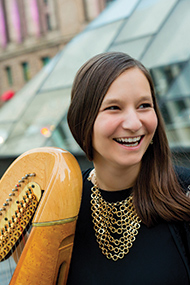 Committed to shifting the boundaries of harp performance, Jennifer R. Ellis (D.M.A. University of Michigan, M.M. Cleveland Institute of Music, B.M. Oberlin) thoroughly enjoys taking the harp off its pedestal and using the instrument in new and unexpected ways.  She embraces firsts.  She has premiered over 100 works. Her love for innovative new music has led her to serve as a featured performer for the Festival of New American Music, Sound of Late, and Spitting Image Collective. When not playing new music, she collaborates with her orchestral colleagues, performing with Oakland Symphony, Santa Cruz Symphony, and many others  Her commitment to teaching composers about the harp has led her to provide workshops for composers at institutions including University of California Davis, Cal State University Sacramento, Bowling Green State University, University of Massachusetts Amherst, Miami University, University of Hartford, University of Michigan, Cleveland State University, and University of North Carolina Greensboro. She currently teaches at Mills College and San Francisco Conservatory of Music, where she serves as the chair of the Professional Development department. harpellis.com 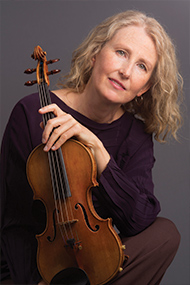 Violinist Kate Stenberg is a leading interpreter of contemporary chamber music having premiered over a hundred works as heard in performances around the globe and on numerous CDs. Among the many composers whose work she has premiered are Peter Sculthorpe, Chinary Ung, Tania Leon, Jack Body, Pamela Z, Charles Amirkhanian and Per Nørgård. Kate Stenberg developed and produced new chamber music as co-founder of the Left Coast Chamber Ensemble and Real Vocal String Quartet and from 1995-2015 she served as the first violinist of the award winning Del Sol String Quartet. Currently, Stenberg performs as a soloist and often in collaboration with other musicians including pianist Sarah Cahill in the Stenberg|Cahill Duo. She plays on occasion with the San Francisco Symphony and teaches violin and chamber music to students of all ages. katestenberg.com 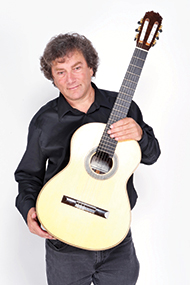 David Tanenbaum has performed in over forty countries, and he has been soloist with prominent orchestras around the world with such eminent conductors as Esa-Pekka Salonen, John Adams, Alan Gilbert and Kent Nagano. While David Tanenbaum’s repertoire encompasses a wide diversity of musical styles, he is recognized as one of the most eloquent proponents of contemporary guitar repertoire. Composers such as Hans Werner Henze, Aaron Jay Kernis, Terry Riley, Lou Harrison and Roberto Sierra have dedicated works to him. He has toured extensively with Steve Reich and Musicians and performed in Japan in 1991 at the invitation of Toru Takemitsu. David Tanenbaum is currently Chair of the Guitar Department at the San Francisco Conservatory of Music, where he received the 1995 Outstanding Professor Award. During the pandemic, David Tanenbaum participated in numerous virtual projects, including one with Yo-Yo Ma of Sérgio Assad’s The Walls. He also accompanied soprano Deborah Voigt in a virtual gala put on by the Met in New York. 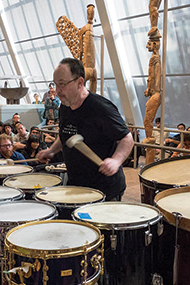 William Winant is a multi-faceted, 2013 Grammy nominated percussionist, who has performed with some of the most innovative and creative musicians of our time, including John Cage, Iannis Xenakis, Anthony Braxton, Annea Lockwood, James Tenney, Cecil Taylor, Pauline Oliveros, George Lewis, Steve Reich, Frederic Rzewski, Joan LaBarbara, Yo-Yo Ma, Mark Morris Dance Group, Mike Patton, Takehisa Kosugi, Christian Wolff and many others. He is the 2016 recipient of the Grants to Artists Awards from the Foundation for Contemporary Arts, a foundation started by John Cage and Jasper Johns to give un-restricted large grants to artists of all kinds. Composers who have written for him include John Cage, Lou Harrison, Zeena Parkins, John Zorn, Alvin Curran, Chris Brown, Bun-Ching Lam, David Rosenboom, Gordon Mumma, Alvin Lucier, Terry Riley, Fred Frith, Roscoe Mitchell, Wendy Reid, and Wadada Leo Smith. He is principal percussionist with the San Francisco Contemporary Music Players and has been featured as a guest artist with many important groups, including Los Angeles Philharmonic, San Francisco Symphony, Berkeley Symphony, Cabrillo Festival Orchestra, Philharmonia Baroque Orchestra, Merce Cunningham Dance Company,Oingo Boingo, Kronos Quartet, Sonic Youth, Mr. Bungle and in numerous projects with New York composer John Zorn. He appears regularly on festivals worldwide and can be heard on many recording labels. He teaches at the University of California at Santa Cruz and Mills College. williamwinant.com