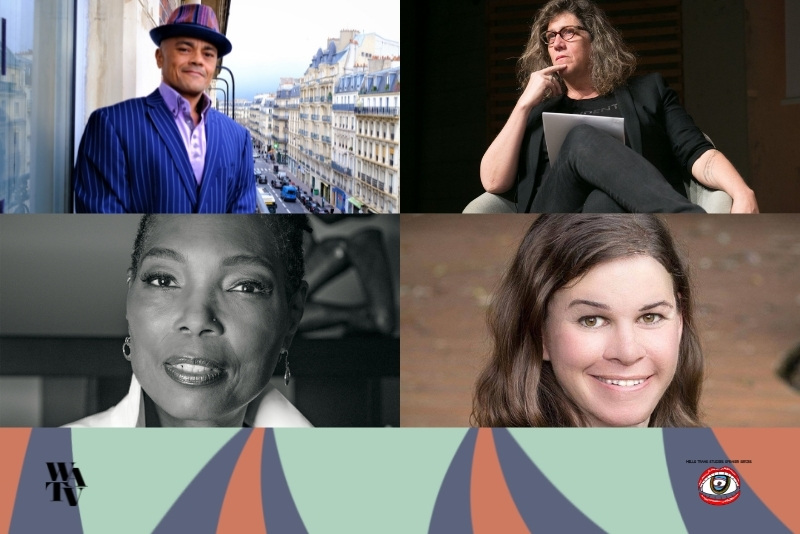 Presented by We Are The Voices and the Mills College Trans Studies Speaker Series.

This online event is free and open to the public.
Registration is required.
Live stream link will be shared day of the event.

Professor and publisher Trystan Cotten and two of his recently published authors Kim Green (Vicissitudes) and Brynn Tannehill (American Fascism: How the GOP Is Subverting Democracy) will be in conversation with Susan Stryker about Transgress Press, an Oakland-based indie publisher of trans queer feminist books. The conversation and Q&A will discuss Transgress's social entrepreneurial vision and specialization in books that push the norms and boundaries of conventional thought.

Trystan T. Cotten is a professor, publisher, public scholar and entrepreneur. He is the founder and managing editor of Transgress Press (est. 2012), an indie publishing house printing thought-provoking books about politics, race, gender and sexuality. He is also professor of Gender Studies in the Department of Sociology, Gender and Gerontology at California State University, Stanislaus. Trystan has written numerous articles on topics of race, gender, sexuality and citizenship and edited six books, more recently including: Hung Jury: Testimonies of Genital Surgery by Transsexual Men, Below the Belt: Genital Talk by Men of Trans Experiences, and Transgender Migrations: Bodies, Borders and Geopolitics of Gender Transition. Currently, he is filming a documentary on transsexual men’s journey through sex reassignment surgery.

Brynn Tannehill is the author of American Fascism: How the GOP Is Subverting Democracy. She is a graduate of the United States Naval Academy, and the Air Force Institute of Technology with degrees in Computer Science and Operations Research respectively. She did four deployments as a Naval aviator to locations such as the Adriatic, Middle East, and the North Atlantic. Tannehill currently works at a think-tank in Washington D.C.

Kim Green is the author of Vicissitudes, her third book. She is the ghostwriter of American Idol winner Fantasia Barrino’s autobiography Life Is Not A Fairytale (The New York Times and Wall Street Journal bestsellers). Her first novel Hallucination received an honorable mention from the Writer’s Digest. Ms. Green currently resides in Tucson, Arizona with her spouse, son and dog, Mixx.