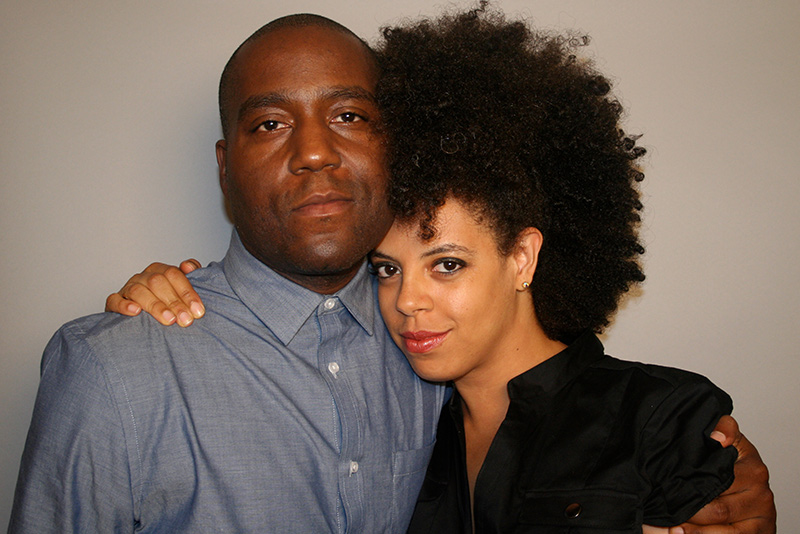 This event is FREE and open to the public. 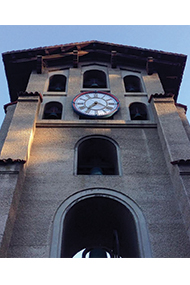 This installation 'The Bell Rang, is music with projected text. The music consists of bell sounds and voices slowly singing the projected text. The text is projected on Mills College Bell Tower, El Campanil. It plays approximately 5 mins at a time before cycling, much like a church bell peal. The text is sourced from the autobiography of Congresswoman and Mills College alum Barabra Lee. The text is a look back on the moment when Barbara Lee voted against the broad congressional authorization of presidential power for military force after 9/11. The text reads "The bell rang, votes were cast, and the board was full of green lights. There was only one red one." Representative Lee's vote has only grown in significance over the years and it has reentered American consciousness as we witness what has happened in Afghanistan.”

Mendi + Keith Obadike make music, art and literature. Their early works include The Sour Thunder, an Internet opera (Bridge Records), Crosstalk: American Speech Music (Bridge Records), Black.Net.Art Actions, a suite of new media (internet art) works (published in re:skin on M.I.T Press), Big House / Disclosure, a 200-hour public sound installation (Northwestern University), Phonotype, a book & CD of media artworks, and a poetry collection, Armor and Flesh (Lotus Press). They have contributed sounds/music to projects by wide range of artists including loops for neo-soul singer D'Angelo's first album and a score for playwright Anna Deavere Smith at the Lincoln Center Institute. They were invited to develop their first "opera-masquerade" by writer Toni Morrison at her Princeton Atelier. Their recent projects include a series of large-scale sound art works: American Cypher at Bucknell University and The Studio Museum in Harlem, Blues Speaker (for James Baldwin) at The New School in New York, Free/Phase at the Chicago Cultural Center, Sonic Migration at Scribe Video Center and Tindley Temple in Philadelphia, and Fit (the Battle Of Jericho) at The Metropolitan Museum of Art in New York. Their other honors include a Rockefeller New Media Arts Fellowship, Pick Laudati Award for Digital Art, a New York Foundation for the Arts Fellowship in Fiction, and the Louis Comfort Tiffany Biennial Award. Their intermedia work has been commissioned by The NY African Film Festival and Electronic Arts Intermix, The Yale Cabaret, Whitechapel Art Gallery (London), and The Whitney Museum of Art, among other institutions. Their music has been featured on New York and Chicago public radio, as well as on Juniradio (104.5) in Berlin.  They are currently exhibiting in the group show I Was Raised On The Internet at Museum of Contemporary Art Chicago and developing new work as artists in residence at the Weeksville Heritage Society in Brooklyn, NY.

Keith received a BA in Art from North Carolina Central University and an MFA in Sound Design from Yale University. He is a professor in the College of Arts and Communication at William Paterson University and serves a digital media editor at Obsidian. Mendi received a BA in English from Spelman College and a PhD in Literature from Duke University. After working as a Cotsen Postdoctoral Fellow at Princeton University, she became a poetry editor at Fence Magazine and is currently an associate professor in the Department of Humanities and Media Studies at Pratt Institute. Mendi and Keith also serve as art advisors to the Times Square Alliance and The Vera List Center for Art and Politics.