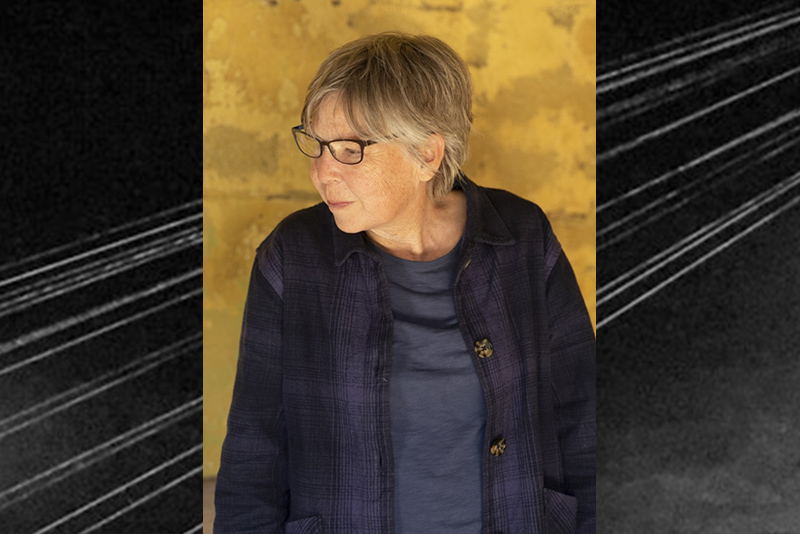 Mills Music Now
Presented by the Mills College at Northeastern University Music Department and the Center for Contemporary Music.

This event is free and open to the public.
Registration is required.

For over four decades, Ellen Fullman has maintained a singular focus on her project, The Long String Instrument, an installation of dozens of tuned strings fifty feet or more in length which have resonated architectural spaces in festivals across the world including Tectonics, Athens, The Sydney Festival and the London Contemporary Music Festival. Through her research in just intonation tuning theory, string harmonics and musical instrument design, Fullman has developed a compositional and performative approach that expands harmonic motion through a focus on upper partial tones.

Awards include: Gerbode Foundation, Special Awards in the Arts (2020); Guggenheim Fellowship, Music Composition (2020); Foundation for Contemporary Arts Award, Music/Sound (2015); Japan-US Friendship Commission/NEA, Creative Artist Exchange Fellowship for Japan (2007); and DAAD, Artists-In-Berlin Program residency (2000). Her recordings include: Harbors (Room40, 2020) a collaboration with Theresa Wong, and The Long String Instrument (Superior Viaduct, 2015) first issued on Apollo Records in 1985 and selected as the number one reissue for 2015 by the Wire. In 2016 Fullman was the Distinguished Alumni Speaker and Guest Critic at the Kansas City Art Institute. Her work was cited by Alvin Lucier in his book, Music 109: Notes on Experimental Music (Wesleyan University Press, 2012).