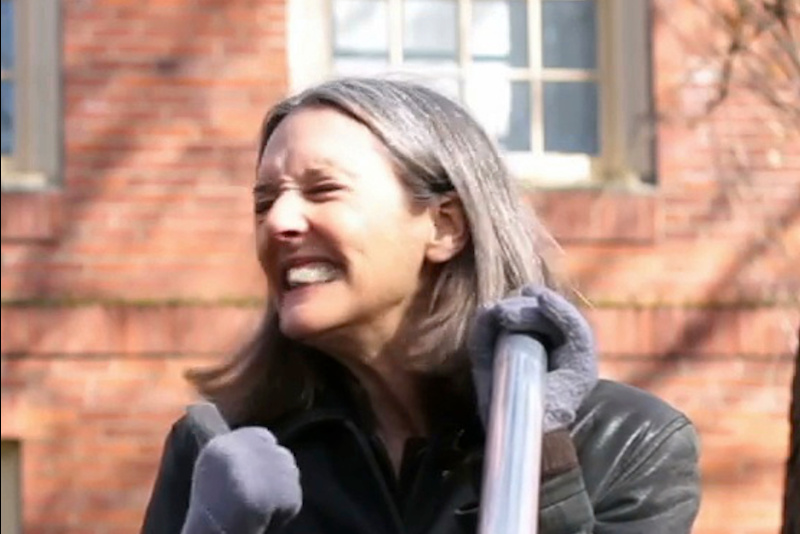 Working with a core group of students, staff and faculty from Mills College, as well as members from the community at large, we have produced an evening in which we explore virtual audience participation. Covid Coping Mechanisms: A Virtual Variety Show is a response to the Zoom experience, which distorts and flattens our expectations and interactions with each other as we sit alone in our private spaces.

Through a series of collaborative performances and demonstrations we will explore the possibilities of being together when we can’t actually be together in physical proximity. The Virtual Variety Show is an experiment in reviving the sense of audience connection and participation that we have experienced in a live, shared, physical space.

We invite the audience, when they are asked to participate, to both actively engage with the performers and to envision others doing the same. The success of this evening will be based on mutual expectations and trust, as we attempt to breach that 4th wall of the screen by actually doing something together.

Supplies to collect in advance:
paper (large and small sheets), pencil, hula hoop, pets (treats and brushes, too), foam noodle or rolled up towel, vocal cords, a few blades of fresh grass, drinking cup.
Real supplies are preferred, but imaginary ones will do in a pinch.

Brenda Hutchinson is a composer and sound artist. Through her work with large-scale experiments in socially based improvisations and interactions, Brenda Hutchinson has developed a body of work based on a perspective about interacting with the public and non-artists through personal, reciprocal engagement with listening and sounding. She has also been making sounds and singing into one end of a 9 1/2 foot Long Tube since 1990 and has developed a more bionic, electronically enhanced version of the Long Tube that she uses for both solo performance and to improvise with other musicians.

Brenda is the recipient of the Gracie Allen Award from American Women in Radio and Television and has received support from the National Endowment for the Arts, Lila Wallace, McKnight Foundation, NY State Council on the Arts and Meet the Composer among others. Recordings of her work are available through TELLUS, Deep Listening, O.O. DISCS, Frog Peak Music and Leonardo Music Magazine. She has been an artist in residence at San Quentin Prison, Headlands Center for the Arts, Harvestworks, Exploratorium, Ucross and Djerassi.