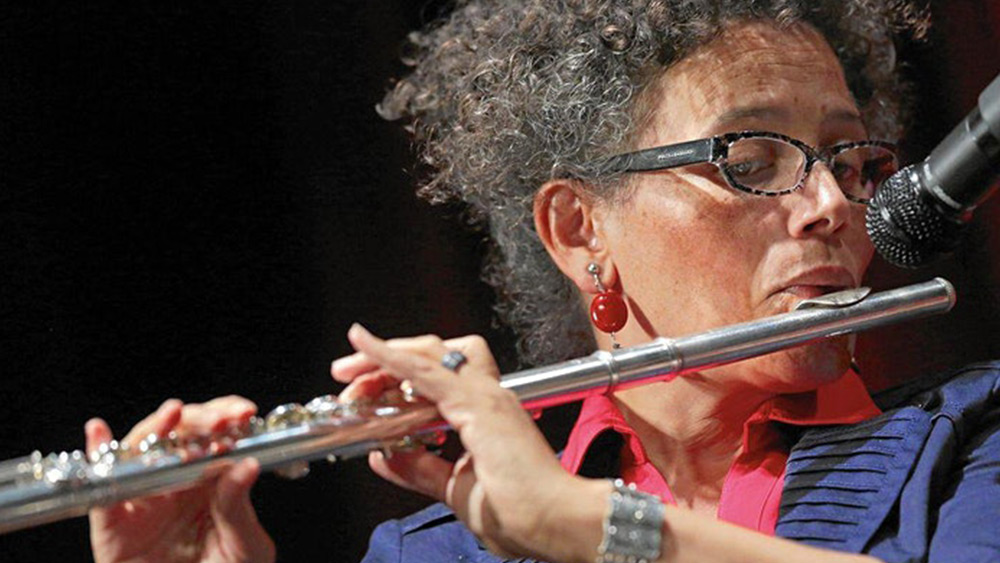 Nicole Mitchell will talk about her work as a composer and creative flutist. She is this year’s Jean Macduff Vaux Composer-in-Residence at Mills College.

Nicole M. Mitchell is an award-winning creative flutist, composer, bandleader and educator. She initially emerged from Chicago’s innovative music scene in the late 90s, where she became a member of the Association for the Advancement of Creative Musicians (AACM) and eventually served as the first woman president. Called the “greatest living jazz flutist of her generation” (Peter Margasak, Chicago Reader), Mitchell has repeatedly been awarded #1 Jazz Flutist by Downbeat magazine and the Jazz Journalists Association each year from 2010-2020.