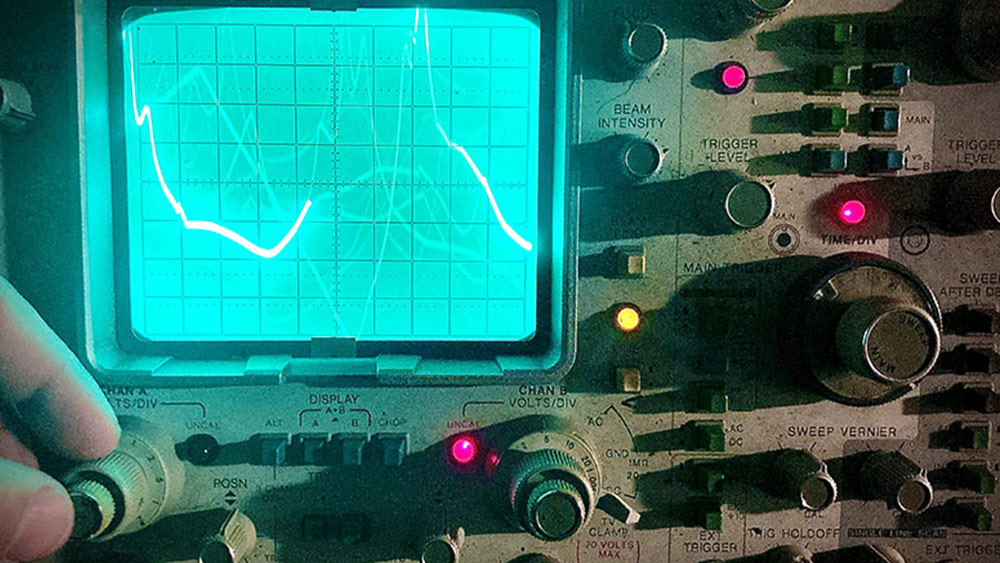 Signal Flow is a student-run festival of live electronic music and multimedia performance showcasing and celebrating the research and praxis of the MFA/MA graduates of Music at Mills College and also the collective history and spirit of the Center for Contemporary Music (CCM).

For over 50 years, The Center for Contemporary Music (CCM) has been a collaborative hub of innovation and experimentation in electro-acoustics, performance, media, and sound art. The CCM was established in 1966 after The San Francisco Tape Music Center partnered with Mills College.

Jefferson Doyle is a multimedia artist, instrument builder, and researcher in the fields of sound and video. His work explores concepts of vulnerability, inefficiency, perception, tech-fetishization, and hierarchy, often using feedback systems composed of homemade instruments, analog circuits, Max/MSP/Jitter, and light. He has performed throughout the United States and Europe in various punk, experimental, and folk bands since 2001.  Jefferson’s artistic work is informed by intergenerational poverty, housing instability, and years of experience as a harm reduction worker and homeless rights activist in Olympia, WA.

Angela Edwards uses vocal manipulations, samples, field recordings, and synthesizers to create magical formulas. Through the use of loops and incantations, she weaves her own texture nests and builds soundscapes as places to process trauma, explore darker emotions, and practice ear seduction. Her sound is heavily influenced by the giallo Italian horror soundtracks from the 60s through the early 80s and other forms of incidental music. She has played solo and in various experimental projects in the Bay Area since the early 2000s as well as toured Europe, Japan, and across the US. Angela has played festivals such as the SF Electronic Music Festiva (CA), Ende Tymes (NY), International Noise Conference (FL), Color Out of Space (UK), Kraaak (BE), and many others.

Krishna Jhaveri is a Music Producer, Mix Engineer, Sound Artist and Bass Player from Mumbai, India. His background includes a Law Degree(!?) and he has been a touring musician with the metal band Skyharbor since 2013. The central tenet of his current performance and composition practice has become activated listening. His work has evolved from a personal philosophy of listening, and draws influence from the experimental music world, soundscapes studies, field work, mixing, and meditation. His productions cover a broad spectrum from innovative ways of reimagining of field recordings, to scores for listening, synthesis,noise, and live processing of acoustic instruments. His sonic world mirrors his movements as he blends aspects of culture, landscape and beyond.

Stan Summy is an audio engineer, composer, and sound designer from San Diego, California. Using a combination of low-fidelity sound design and modern signal processing, he creates pieces that evoke nostalgia. His arrangements include a wide array of analog synthesizers and acoustic instruments. His compositions focus on creative use of music technology and an emphasis on minimalist aesthetics.

Adam Troy is a composer and multi-instrumentalist. He has played and composed music in many different contexts. His work is evocative, dark, gentle, and strong. Seraphim, to be performed at Signal Flow, is a piece for choir, percussion, and lo-fi electronics. It was written about fitting oneself into a hostile and beautiful world.