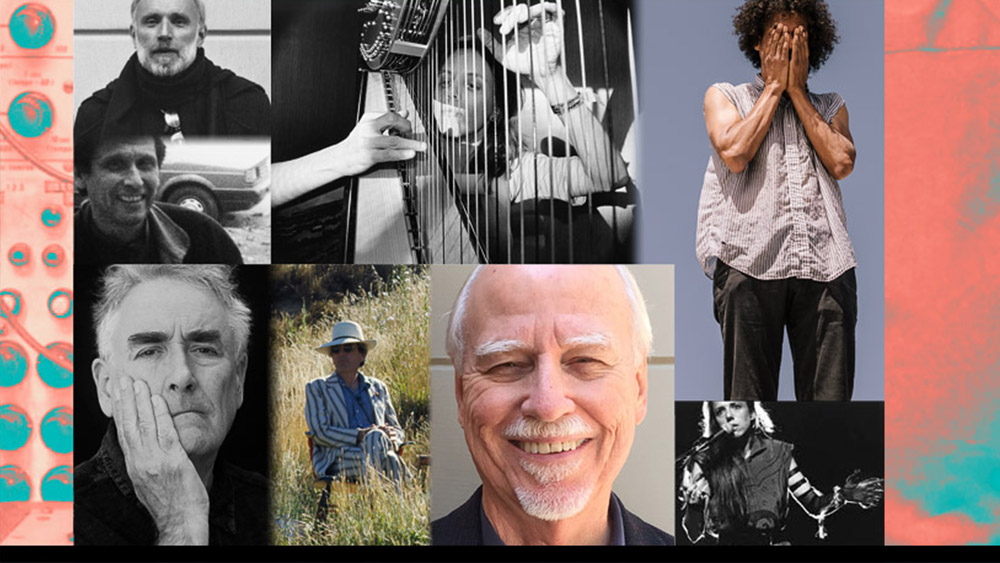 The evening concert features a duo with Fred Frith (Luther B. Marchant Professor of Composition, 1999–2008) and Zeena Parkins (currently Milhaud Professor of Music), former members of Skeleton Crew the legendary experimental rock band and now internationally acclaimed composers/master improvisers. Alvin Curran served as the Milhaud Professor of Composition at Mills from 1991 to 2006. His music “embraces all the contradictions (composed/improvised, tonal/atonal, maximal/minimal...) in a serene dialectical encounter,” a musical diversity, which he calls the “new common practice.”

Calliope casts Henry Cowell’s visionary idea of a Rhythmicon in the imperfect form of a digital instrument whose tones lose energy and disassemble as each phrase develops.

James Fei, David Rosenboom, and William Winant will play a trio by the legendary composer/multi instrumentalist Anthony Braxton, who served on the Mills faculty from 1985 to 1990 and held the Milhaud Chair from 1985 to 1987.