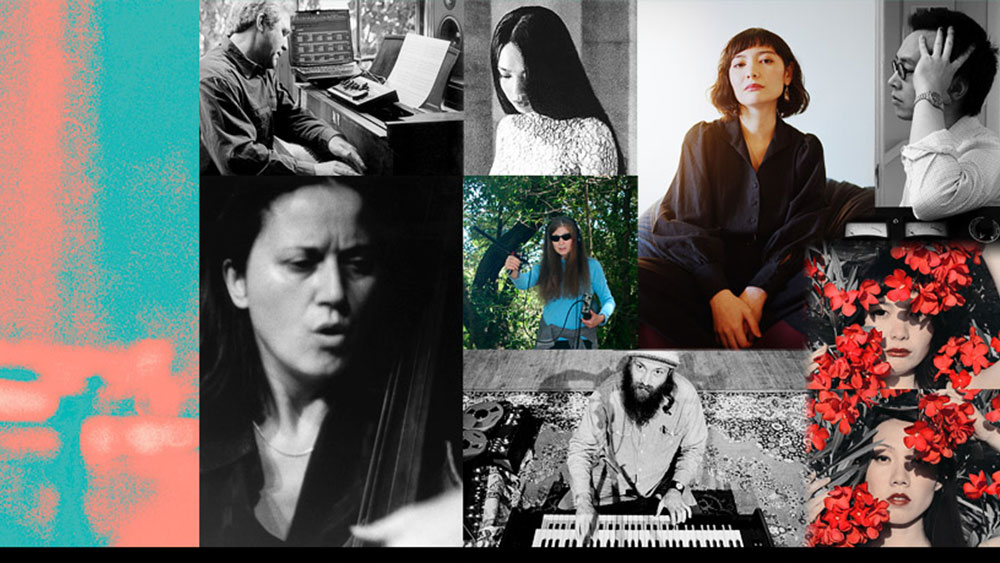 James Fei’s installation in the lobby will welcome audience members attending the evening concert with a voicemail greeting from Alvin Lucier, slowed down by a factor of a thousand, rendering his voice inaudible but visible as a speaker cone slowly traces the compression and decompression of air from his speech.

The evening concert will begin with a work created on the Moog synthesizer by Maggi Payne whose diffusion of her music in the Concert Hall will take listeners on a sonic exploration in space and time.

With a tip of the hat to Henry Cowell and Leon Theremin’s Rhythmicon, Chris Brown’s UrhythmichrOme for virtual piano and interactive computer navigates through four just-intoned modes.

James Fei will perform a series of works for live electronics: the first created on the original Buchla Box, the second focused on direct and electro-acoustic feedback, the third exploring scale in sound projection, shifting gradually from the PA system to small, local transducers and the fourth a quiet piece using only small speakers and transducers.

The concert will conclude with a duo improvisation featuring two master improvisers—former Milhaud Professor  (2002, 2004, 2006) Joëlle Léandre on the double bass and Mills faculty member, percussion virtuoso William Winant (MFA, 1982). Léandre and Winant are among the world’s most gifted improvisers and interpreters of new music. The list of performers and composers they have worked with is literally a Who’s Who in the history of contemporary music from the beginning of the second half of the twentieth-century to the present day.