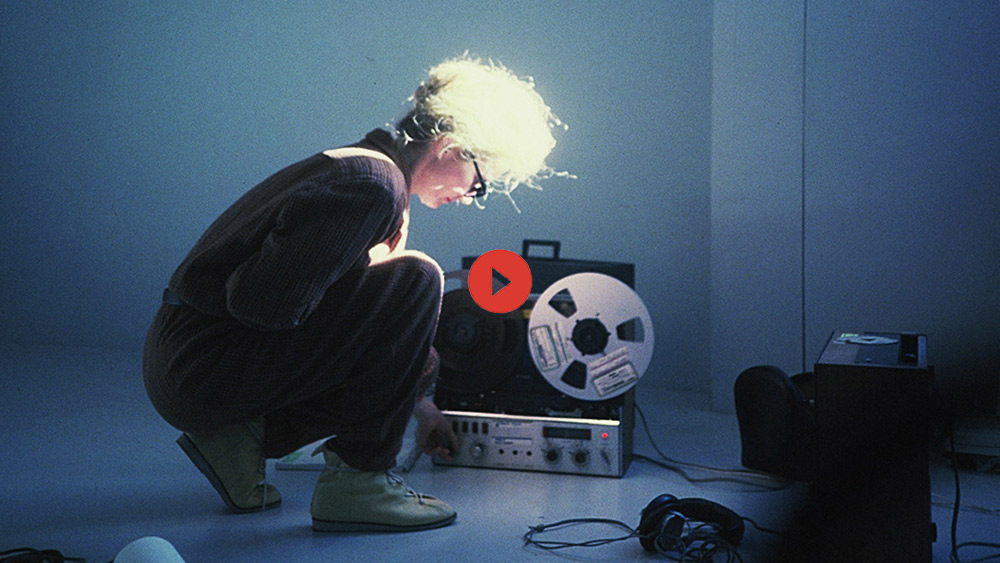 Amy Cimini and Bill Dietz are co-editors of the recently released Maryanne Amacher: Selected Writings and Interviews (Blank Forms Editions, 2020). Since 2016, Cimini and Dietz have led a series of Seminars and Listening Sessions that publicly facilitate access to the still largely inaccessible contents of the Maryanne Amacher Archive. For Songlines, Cimini & Dietz offer a Seminar dedicated to the large-scale presentation format Amacher launched in San Francisco in 1985: “THE MINI SOUND SERIES.” Not long after initiating her “MUSIC FOR SOUND JOINED ROOMS SERIES,” Maryanne Amacher was on the lookout for a temporal format that would best allow visitors to navigate her architecturally staged sound works. During a residency at Capp Street Project in 1985 she presented SOUNDHOUSE, the first iteration of “THE MINI SOUND SERIES,” a “serialized musical continuity.” About this format, Amacher writes, “As a form, the Mini Series is powerful and challenging, yet up to now, only television uses it. I wanted the kind of engaging format television has developed […], an evolving sound work ‘to be continued,’ as distinguished from a continuous installation, or traditional concert genre.” For the next 20 years, Amacher would present MINI SOUND SERIES’ across the US, Europe, and in Japan. As recounted in a 1989 interview, the format was a great success with “ticket demand in Berlin […] so great that the number of performances was increased from eight to eighteen, […] and the lines in San Francisco wrapping around the block.” The Seminar offers a selection of documents, images, and audio from both from various iterations of THE MINI SOUND SERIES as well as from other works that led to and contextualize the series.

Amy Cimini is Assistant Professor of music at UC San Diego in the Integrative Studies Area. Her research, teaching and performance engage 20th century philosophy and political thought with an emphasis on embodiment and ethics in experimental practice. She is also a violist who has recorded and toured extensively with experimental music ensembles and as a solo artist. Her monograph, Wild Sound: Maryanne Amacher and the Tenses of Audible Life, is forthcoming from Oxford University Press.

Bill Dietz is a composer and writer. His artistic and theoretical work on the genealogy of the concert and the performance of listening has brought him to festivals such as MaerzMusik and the Donaueschingen Festival, museums such as the Brooklyn Museum, the Stedelijk Museum, and Kunsthalle Wilhelmshaven, and into publications such as Performance Research, boundary 2, and MusikTexte. Since 2012, he has been co-chair of Music/Sound in Bard College’s MFA program.

More information on the Songline Series.