Trans is Black and Black is Trans?: C. Riley Snorton and Rod Ferguson in Conversation with Susan Stryker 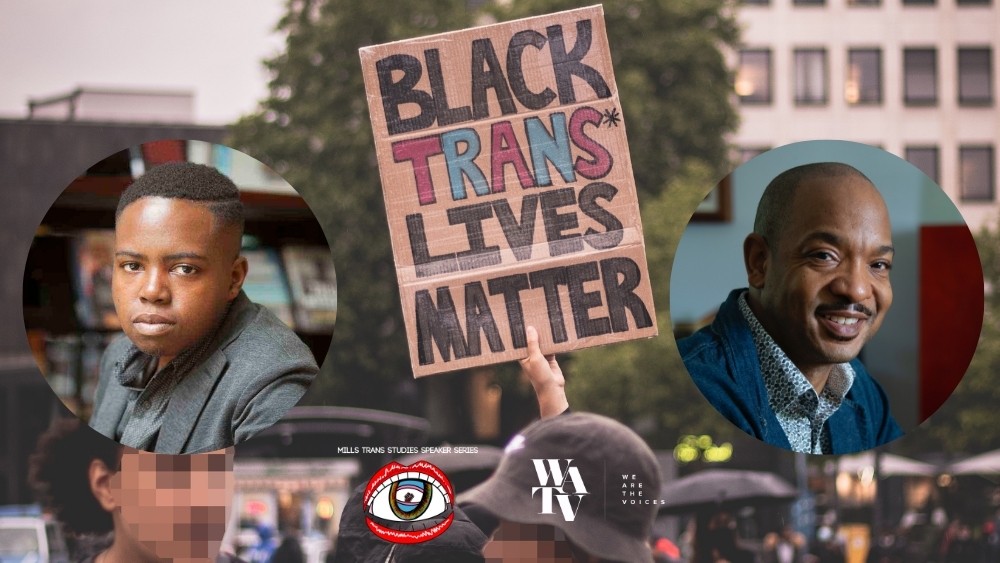 In celebration of Black History Month, the Mellon-funded “We Are the Voices” public arts and humanities series and the Mills College Trans Studies Speakers Series are pleased to welcome Professor Rod Ferguson of Yale University (Aberrations in Black: Toward a Queer of Color Critique)  and Professor C. Riley Snorton of University of Chicago (Black on Both Sides: A Racial History of Trans Identity). They will be in discussion with Susan Stryker, Barbara Lee Distinguished Chair in Women's Leadership, on the emergence of Black Trans Studies, the Black Trans Lives Matter Movement, and Black Trans Histories.

C. Riley Snorton is the Interim Faculty Director of the Center for the Study of Race, Politics and Culture and professor of English Language and Literature and Gender and Sexuality Studies at the University of Chicago. Snorton is a cultural theorist who focuses on racial, sexual and transgender histories and cultural productions. He is the author of Nobody Is Supposed to Know: Black Sexuality on the Down Low (University of Minnesota Press, 2014) and Black on Both Sides: A Racial History of Trans Identity (University of Minnesota Press, 2017). He is also the co-editor of Saturation: Race, Art and the Circulation of Value (MIT Press/New Museum, 2020). In 2020, Snorton became co-editor of GLQ.

Roderick A. Ferguson is professor of Women’s, Gender, and Sexuality Studies at Yale University. He received his B.A. from Howard University and his Ph.D. from the University of California, San Diego. An interdisciplinary scholar, his work traverses such fields as American Studies, gender studies, queer studies, cultural studies, African American Studies, sociology, literature, and education. He is the author of One-Dimensional Queer (Polity, 2019), We Demand: The University and Student Protests (University of California, 2017), The Reorder of Things: The University and Its Pedagogies of Minority Difference (University of Minnesota, 2012), and Aberrations in Black: Toward a Queer of Color Critique (University of Minnesota, 2004). He is the co-editor with Grace Hong of the anthology Strange Affinities: The Gender and Sexual Politics of Comparative Racialization (Duke University, 2011). He is also co-editor with Erica Edwards and Jeffrey Ogbar of Keywords of African American Studies (NYU, 2018). He is currently working on two monographs—In View of the Tradition: Art and Black Radicalism and The Bookshop of Black Queer Diaspora. Ferguson is the 2020 recipient of the Kessler Award from the Center for LGBTQ Studies. Ferguson’s teaching interests include the politics of culture, women of color feminism, the study of race, critical university studies, queer social movements, and social theory.

More information on We Are The Voices

The Mills College Trans Studies Speakers Series (MCTSSS), hosted by Emmy-Award winner Susan Stryker, Barbara Lee Distinguished Visiting Professor in Women's Leadership, offers a regular public forum for exploringtransgender issues with some of today's leading thinkers, artists, and activists. All Trans Studies Speaker Series events are being held online and are free and open to the public. Be sure to check individual event listings to confirm the start time.