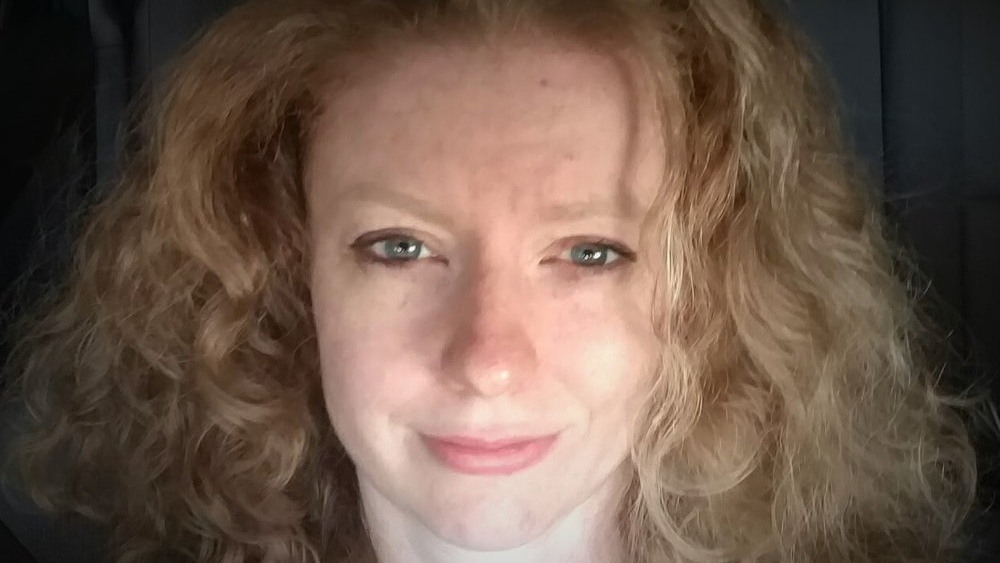 Katherine Colleen McGinity, age 40, passed away peacefully at home on January 12th, 2021, following a long battle with cancer.  She is survived by her husband, G. Chris Griffin of Alameda, and her parents John and Paula McGinity, of Oregon.

Katherine was born in Portland, Oregon on March 2nd, 1980.  After a happy childhood attending Hazeldale Elementary and Aloha High, and training at the Portland Dance Academy in Balanchine and Vaganova ballet technique, she began her life-long love of teaching dance to students of all ages and abilities.  Her professional career as a ballet dancer started with State Street Ballet in Santa Barbara, and continued with Santa Barbara Opera and Inland Pacific Ballet.  She then moved to Los Angeles, attending Los Angeles City College and becoming a member of the Screen Actors Guild, appearing as a Featured Extra in 12 episodes of Reba and the feature film Catch Me If You Can.

She moved north upon her acceptance and transfer to UC Berkeley, where she graduated with Highest Distinction in 2007 with a BA in Dance and Performance Studies, earning numerous scholarships, awards and prizes for her academic and artistic achievements.  While in her second semester at Cal, she got to know her future husband Chris in the class "Greek Tragedy: Then and Now" and their relationship bloomed while working on an extra credit assignment that neither of them needed but couldn't resist - a song written (and accompanied live in class) by the professor.  Katherine's dance practice shifted to modern and contemporary works while at Cal, including a groundbreaking tele-immersion piece by Lisa Wymore, The Reception, as well as choreographing and performing Excerpt Opinions, co-created with Chris and musician Julian Smedley.  During and shortly after her time at Cal, she joined Lisa Wymore again as Project Manager for a multi-year arts outreach project to the city of Los Banos, Parking Space.

After receiving her BA, Katherine helped in the founding of contemporary dance company FACT/SF with Charles Slender, and was the movement coach for Simone Oppen's live and in ancient Greek production of Hippolytus.  While working a variety of jobs, Katherine also enrolled in the Integrated Movement Studies program with Peggy Hackney and became a Certified Laban/Bartenieff Movement Analyst in 2009. She started her studies at Mills College in 2010, graduating with a MA in Dance with High Honors in 2012.  Katherine's Master's Thesis centered around the comedic elements of Pina Bausch's Tanztheater (dance theater), one of her favorite choreographers and dance forms.  In addition to performing in works such as Molissa Fenley's Credo in Us, she was the Lead Graduate Assistant, a Graduate Assistant teacher, guest lecturer, and tutor while attending Mills, and was honored to become an Adjunct Professor in the Dance Department immediately following her graduation.

Following Mills, Katherine was a founding member of The Thick Rich Ones dance collective with Jochelle Pereña and Ashley Trottier, and performed with inkBoat and Shinichi and Dana Iova-Koga.  Her post-graduate publications included writing for respected critical theory journal Telos, as well as inDance, and the Dance Chronicle.  While continuing to teach at Mills, she worked at Luna Dance Institute and with the HeART at LINES program bringing dance education to hundreds of children across the Bay Area.  When she and Chris moved to Alameda, Katherine discovered her love and talent for tap and musical theater dance at Pamm Drake's Dance/10.  Starting as a student in a single beginning tap class, within two years she was teaching ballet, modern, tap, jazz, solos and duets, and musical theater at the studio.  She choreographed musicals for the Head Royce School, Alameda High, the Bentley School, and Altarena Playhouse, and taught ballet at Laney College.  She also became a proud member of The Tap Dancing Christmas Trees, appearing in parades and events around the Bay Area and California, as well as nationally in the Macy's Thanksgiving Day Parade.

Kate’s life was full of joy and love, given and received.  Katherine and Chris married on January 7th, 2017, at the First Unitarian Universalist Society of San Francisco, their home congregation.  She served as director and master of ceremonies for years for the annual retreat talent show, bringing her love of performance to every part of her life.  She had a soft spot in her heart for all animals, from her own cats to every dog she passed on the street. Zoos and aquariums were favorite destinations, as well as the state and county fairs where she would always visit the petting zoos and barns.  California’s beaches and sunsets were a favorite of Kate’s, from Pescadero to her beloved Alameda, where she found rest and renewal.  At the time of her passing, she was preparing to begin her first year of full-time teaching at Mills and had nearly completed her MFA in Dance, also at Mills.

Notes to assist your viewing: