Thursday, April 8, 2021 | 5:00 PM PDT
Presented by We Are The Voices and the Mills College Trans Studies Speaker Series 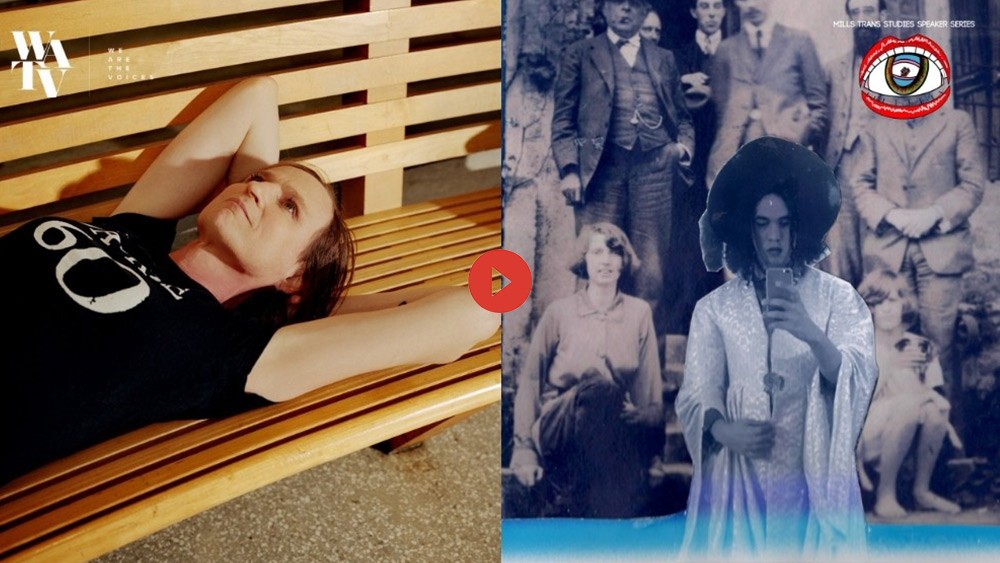 McKenzie Wark is the author, among other things, of Reverse Cowgirl (Semiotexte) and Capital is Dead (Verso). Her book Philosophy for Spiders: on the Low Theory of Kathy Acker will be out from Duke University Press in fall 2021. She is professor of culture and media at Eugene Lang College and of liberal studies at The New School for Social Research, in New York City.

Shola von Reinhold was born in Scotland in 1892. Following over a century's worth of disastrous auditions at the Bolshoi Ballet, they lowered their sights and went on to complete a Creative Writing MLitt at the University of Glasgow. In 2019 London-based independent Publisher Jacaranda's Books launched an initiative to publish 20 Black British Writers in one year which, in spite of the fanfare of various Big Five schemes and initiative was the first time this has been done by a British Publisher. Shola's debut novel LOTE, published in 2020, was one of these titles.

We Are the Voices is a Mellon Foundation Higher Learning funded project linking Mills College students and faculty with poets and scholars working in Oakland and beyond.

More information on We Are The Voices.